Patara (meaning 'small' in Georgian) is an artist-run gallery in a tiny shop window beneath one of Tbilisi's many underpasses, surrounded by small kiosks and Persian night clubs. In 2017 Gvantsa Jishkariani and Nata Kipiani turned one such underpass shop into a space for experimental art that searches for the real: honest or political, sweet or rude, cheerful or unconventional, stupid or wild, they give artists the chance to create installations that people can stumble upon. We spoke to them about the consequences of establishing the gallery space in the underground, controversies in art, and their participation in Supermarket 2019.

What can we look forward to seeing in your exhibition stand at Supermarket 2019?

We are going to bring all the freedom we give to artists back home to Stockholm too! Each of our four artists will have their own wall and floor space where they will make installations of their work – so each side of our booth will be extremely different (as the artists are) – a big-big party from Patara gallery!

Supermarket 2019 revolves around the theme ’Temporary moratorium: all allowed’ and subjects shrouded in taboo. What is controversial or taboo in contemporary art, or perhaps even forbidden?

Mistakes are forbidden. Feels like you, as an artist, have neither the right nor the time; no opportunity and no money to make mistakes. ‘Doing nothing’ or ‘being bored’ is also a NO-NO in contemporary era where we all ‘should’ be busy and entertained all the time.

How is the situation for non-governmental artist-run art spaces in Georgia?

A year ago, there were only a couple of such spaces in Georgia except us, but this year few new ones have started. That makes us feel that art life will be booming soon in Tbilisi!

First established in 2017, your space interacts with a certain mix of ‘unpleasantness’, furthermore laying the groundwork for reality-seeking art. How would you describe the ‘reality-forged’ art resulting from your location?

Because it is not a regular gallery space, the work is inevitably shaped by the space – a box that is being viewed from one side, its size, location and audience. That means that art needs to communicate from behind a glass door, and with a specific and quite random audience – anyone who passes by. Because of that, some of the artworks try to engage with the viewer, interact and involve them in the process and thus become interested in the art.

But also as much as it is ‘reality-forged’, the art shown in Patara gallery is also more straightforward and does not compromise on being misunderstood or not seen as art. It tries to be pure and honest with the people who might not yet recognise it as art. It appears there as it is, and all that is left for the viewer is to accept its existence.

Being situated in such a dynamic location, was that something you actively looked for when starting out? Or would you say your current focus grew from the more or less unexpected consequences of establishing your space where you did?

When we decided to open a gallery, we wanted to find a non-traditional place that would be more open to public. Something transparent, so that people would not have to go in to see the shows. The underground passage where we are located at the moment is in the very centre of the city, though with a bad reputation because of local Arabian night clubs and bad smell. But that was no kind of obstacle for us to open our gallery right there. On the contrary, we liked it more being empty, so that the only shiny and clean place you focus on while crossing is Patara. We also did not expect to have such an impact on the shop owners – ladies who run one small shop in the underpass. At first, they were opposing our presence as they could not understand what we were doing and why (without having any income from it). So that was a challenge for us to continue running the gallery and change their mindset towards us. I believe we succeeded after some three or four shows. Now they look forward to each new exhibition.

Pay them a visit during Supermarket 2019, 4–7 April, and read more about Patara Gallery here. 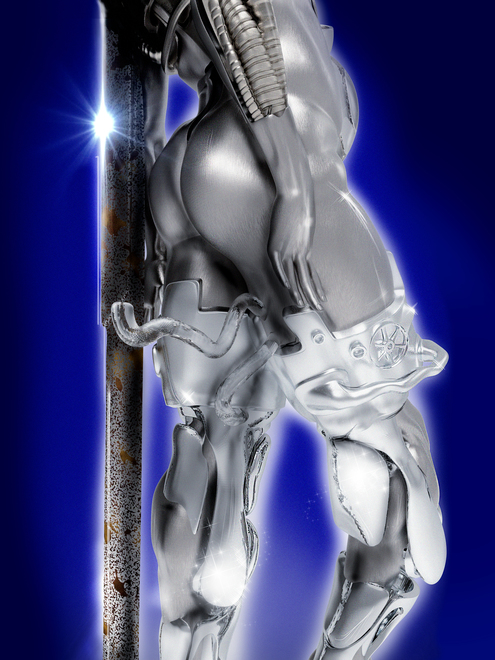 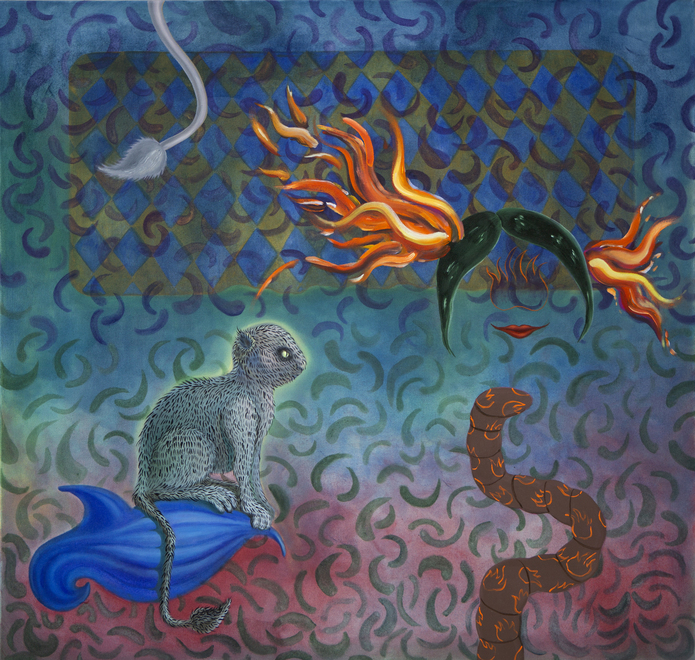 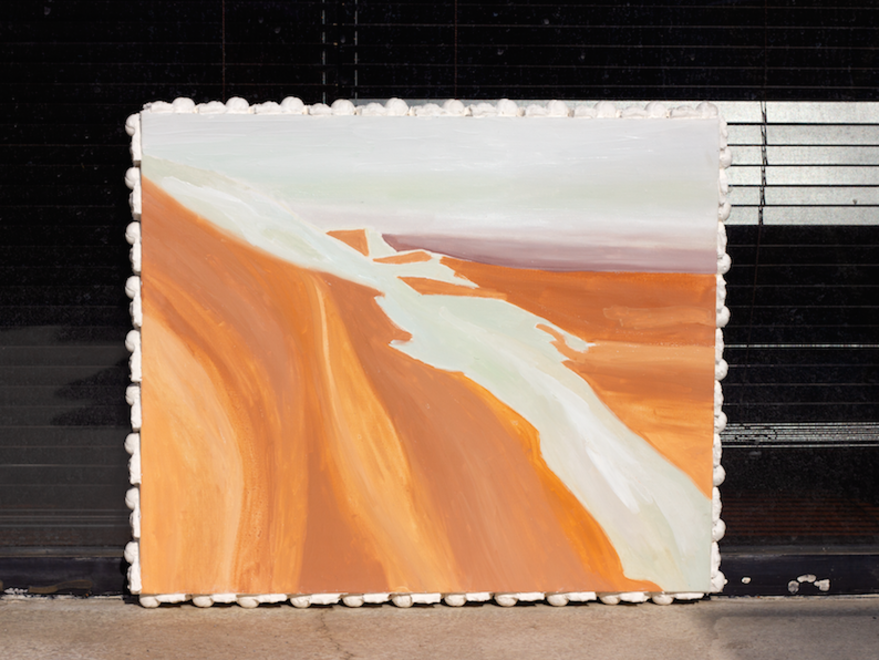 Salome Dumbadze, ‘Snow has fallen in the Sahara Desert’, oil on canvas and plaster, 2019