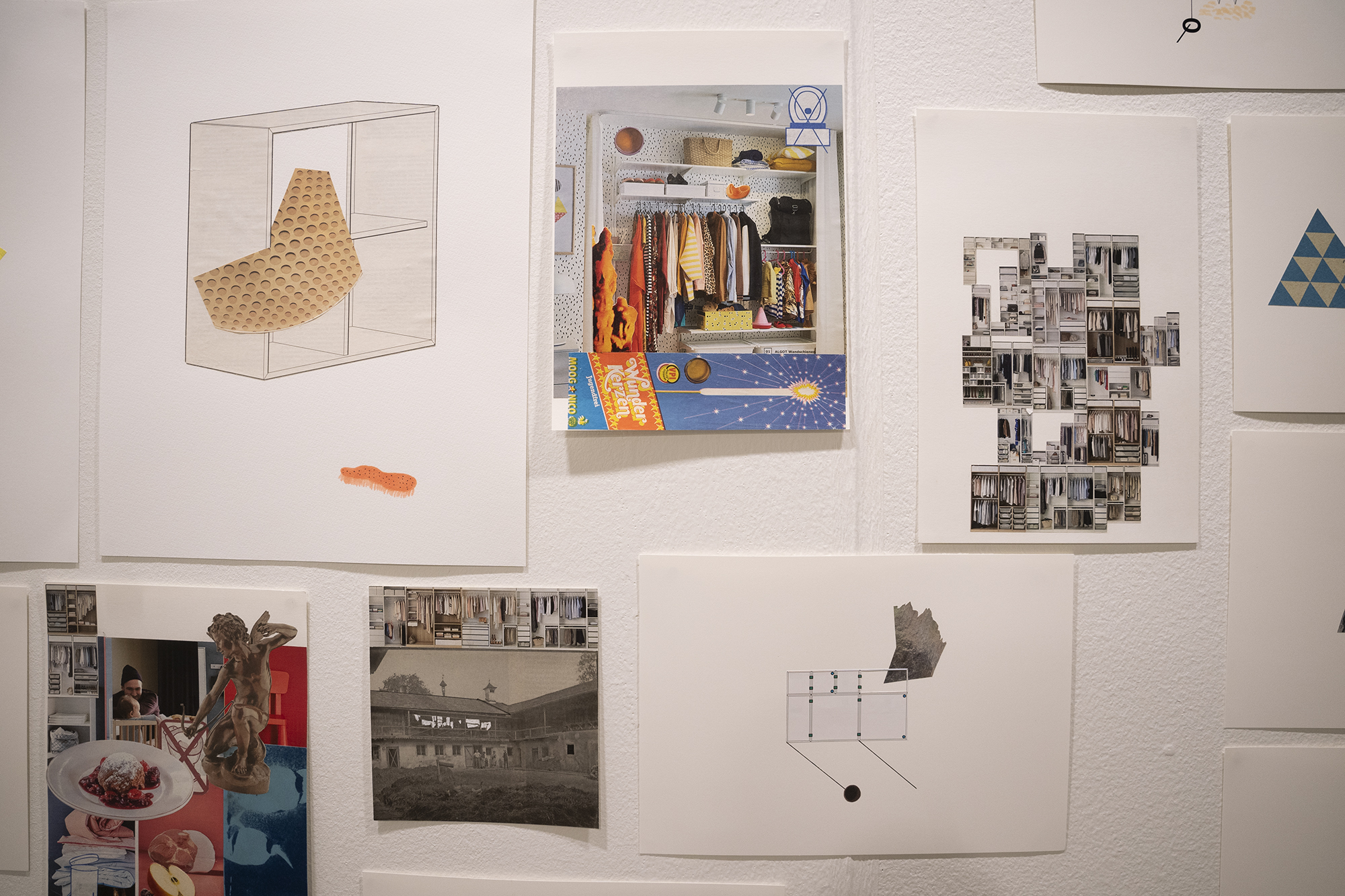 While Asami Togawa creates sculptural mixed-media collages, focusing on landscape and repetition in daily life through challenging the viewer’s perception of space and its dimensionality, Tasha Katsuba creates work that starts from costume design and ends with a performance. Her costumes contrast hyper aggression and hyper femininity with a glimpse of drag.

The perfect addition to the two artists is Natalie Baxter, who, through her textile quilts and sculptures, unpacks topics such as the debate over gun control, masculine aggression, and gender biases. Supermarket interviewed Natalie about her current residency stay in Sweden and her work exhibited at the fair.

Natalie Baxter: Hi, my name is Natalie Baxter, and I am currently an IASPIS resident. They are the funding body that brought me here together with Craft Days and Konsthantverkscentrum. I was asked if I would like to come to Sweden for three months and I said ‘yes, sounds amazing!’ Galleri Konstepidemin in Gothenburg is where I am staying during my residency, and they brought me to this fair.

I work predominantly in textiles, and I use a lot of quilting and sewing techniques that I’ve learned from my grandmother. It’s been passed down from the maternal part of my family in Kentucky, which is where I am originally from. Now I live in New York. I have been living there for like ten years.

When you come to a residency that is across the world, you don’t bring a lot of materials. Since I’ve been here, I’ve been looking at second-hand stores in Gothenburg and collecting materials. For example, old bedsheets, curtains, old pillowcases, and aprons. I’ve seen so many amazing aprons in second-hand stores here. Some look very handmade and almost like they are from different generations, like all these domestic textiles that look like they’ve had a past life. Also, various prints that I’m not used to seeing, but after being here and having people see my work, they would remember and recognize the textiles from their own homes.

But so, what drew me to the apron is that I’ve been sort of doing a lot of work with housecoats that I see as a sort of homemaker workwear that you put on to perform these duties of the home. So, I was sort of exploring that in terms of things like mothering, childcare, and issues that have been popping up in the US in the past couple of years, such as domestic labour not being valued much. That is why being in Sweden is interesting to me, because there are a lot of social structures that support parental leave and young families, and that is something that doesn’t exist in the US. And even while being here, there is a lot of stuff happening in the US that is making it even harder for women, forcing them to bear children that they might not even want. It’s messed up.

The Guns series that is on display at the Supermarket is something that I’ve done a lot in the past. But also again, being here and thinking about these different social structures that are in Sweden made me and my husband think about how it is possible to pay people on parental leave, how it is possible to have these free pre-schools, and how are those funded. One would think that in Sweden, you must have high taxes, which you don’t. It’s just that most of our taxes go to the military, so I remade and continued this body of work addressing these issues using domestic textiles.