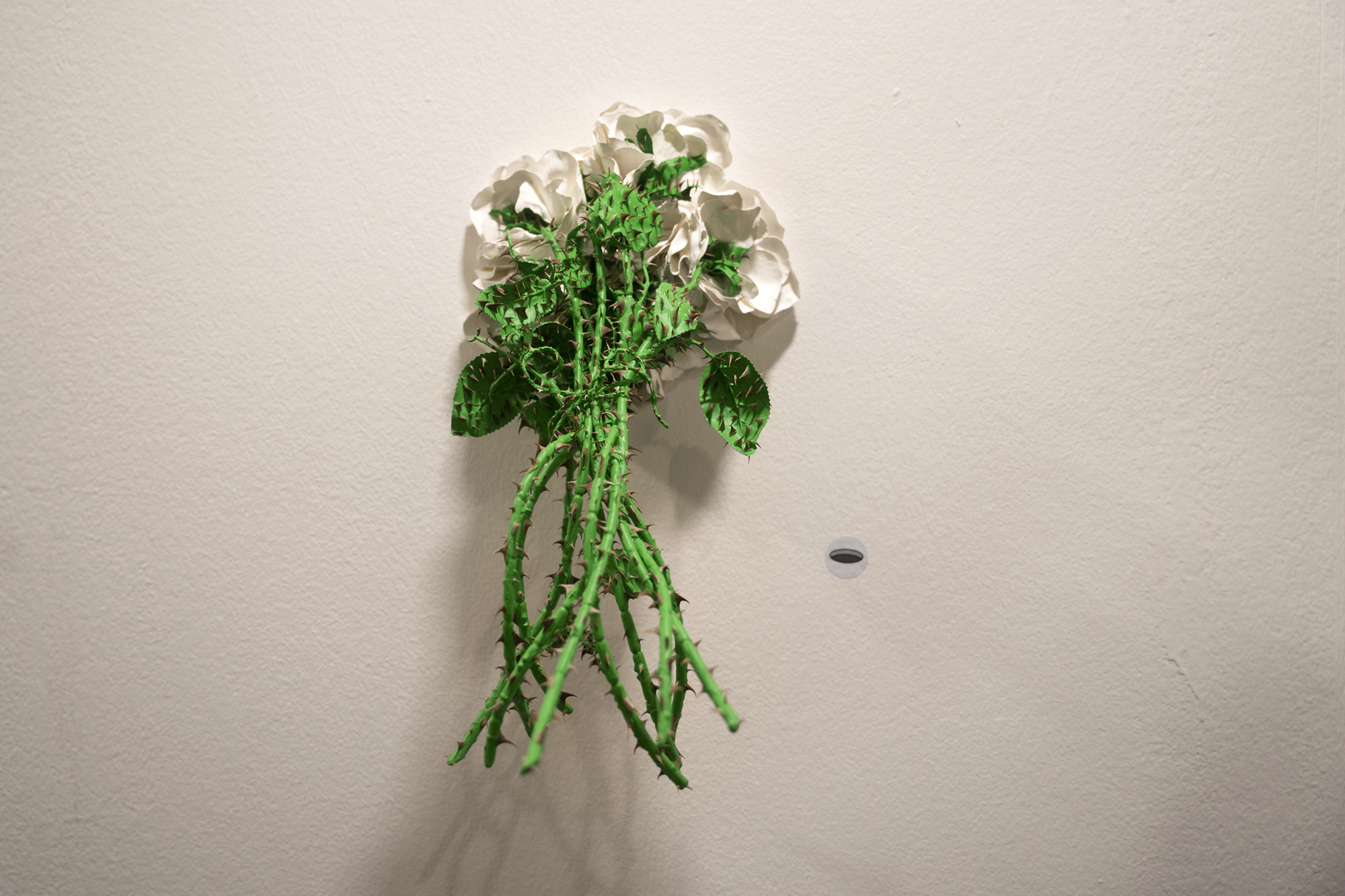 Run by Francis Patrick Brady, Max Ockborn and Lena Bergendahl, Celsius Projects is a Malmö-based artist-run gallery working on the development, presentation and enactment of contemporary art in a performative, edifying, playful and critically engaging way. In this short feature, Supermarket spoke to Christofer Degrér and Francis Patrick Brady about the dialogic format of the exhibition and the artist-run scene in Malmö.

Supermarket: I would like to know a little bit more about your gallery. How did it come about and what was the drive and motivation to start an artist-run space in Malmö?

Francis: So, the gallery is run by three people Francis Patrick Brady, Max Ockborn and Lena Bergendahl. We have a separation between the gallery and the studios, but those two are also connected. In the beginning, myself and Max initiated the gallery. It was a studio collective in an industrial area where we started building some walls to make a neat gallery space simply because there was enough communal space to build it. Later on, we also took over the studio collective, so all of the people who have been in it are now the people we invited to be part of the Celsius Projects adjoined studio collective.

And I guess at the beginning, the drive to start the gallery came from both of us. We both have very different art practices in a stylistic form. Max works with sculpture and painting. I make a sort of participatory performance, audio guides, and fabric-sewn patchwork quilts and collages. They look very different, but we managed to still have very fruitful, interesting and critical conversations across the field between our practices. I think that what we were interested in is that kinds of critical dialogues that artists can have about the content of the work, no matter the actual style. Few times already, people have asked us questions like: ‘What kind of gallery are you? What do you show?’ and it’s very diverse. We have a performance series at the moment, a play series which was a mixture of sculpture and socially engaged art, so the actual form is not as important as the conversation that these exhibitions spark.

Supermarket: Yes, that is something I have noticed in recent years. I keep seeing more and more socially engaged art and galleries that focus more on social outreach and community building.

Francis: Yes, I think that is like a general trend in the whole art world in the last twenty years. And it is also, let’s say, for the past five years getting to Sweden as well. But maybe Christofer, you can talk a bit more about the dialogue.

Christofer: Well, what Celsius has done is that we have collaborated with a couple of places in Malmö and beyond. I’m thinking about the Inter Arts Center; I’m also thinking about the exhibition we hosted by Alta Art and project space just across the street from us. So there is a concentration of artist-run initiatives, collectives, and project spaces in that particular area in Malmö. It is really like one big unit in a way.

Francis: Right, that is a good thing to mention. Because that is one of the first things that we have felt, that we want to provide a community space, and try to help out every other studio collective. That’s also the reason why we were involved in the Malmö open studios at the beginning. There was the idea to bring the Malmö community together.

Supermarket: So that is something that hasn’t been there before. It is just developing now…

Francis: Actually, I think what Malmö was missing was really just a party space. (laugh)

We funded the gallery for the first two years or tried to finance the space by organising parties after the exhibitions. We were doing really late parties, sort of like a ‘svartklubb’ kind of thing. That was our beginning.

But we’ve changed a lot since then. Especially because some of our members don’t drink anymore, we are getting old…

Supermarket: Is it now becoming a book club? (laugh)

Supermarket: So, could you tell me a little bit more about your exhibition and booth at Supermarket?

Christofer: I mean, in this case, Francis and I started to work on the exhibition catalogue. We tried to devise a way to weave together the group of ten artists. The setup is that each artist’s work is curated into pairs. So the conversation with Francis was sort of a starting point, and then the catalouge and curation came from that. And then we twisted that in a direction where we have the artworks in conversation with one another according to a bookmark with suggested questions.

What’s important to know is that the graphics of the booklet were developed out of our staff chat group. Because we send a lot of memes to each other, and we create a lot of memes as well.

Supermarket: So how has your experience exhibiting this project at Supermarket been so far?

Christofer: It is our first time at Supermarket. So far, I’ve spoken to a couple of spaces, and it’s so interesting that there are all these nifty solutions to local as well as more global, large-scale problems. For instance, Galleri Verkligheten in Umeå has this programme where they hire art students to work in the project space after they graduate in order to motivate artists to stay living in Umeå. It’s just all these solutions that pertain to that specific context, but it’s still a form, a general scope of how to run an artist-run initiative.

Francis: Yes, that is definitely something I’ve noticed. I mean, all different art spaces have different problems in their own locations, they need these nifty unique solutions, and it all depends on, you know, how far north you are, how far south you are if it is a commercial scene, etc. I think starting a gallery is also a bit about bringing some new stuff to the scene.

Supermarket: Where do you see the gallery and this show from the long-term perspective?

Christofer: We were thinking about a large-scale continuation of this show.

Francis: Yes, definitely. I think it is really a joy to begin these conversations. And it was such a shame, especially because we didn’t have time to collect funding to do this exhibition, so we had to improvise. But I think it would be really lovely to continue collaborating on this project.

And I think that was the biggest thing for me that I kept bringing up during the Forum at the fair yesterday. And it is necessary to constantly bring up – the economy and survival of artists. Because if you have spent any time working in the art world, you know that there are thousands of fantastic, talented people who are struggling to survive constantly. So, I feel like that just needs to be pushed and upraised.